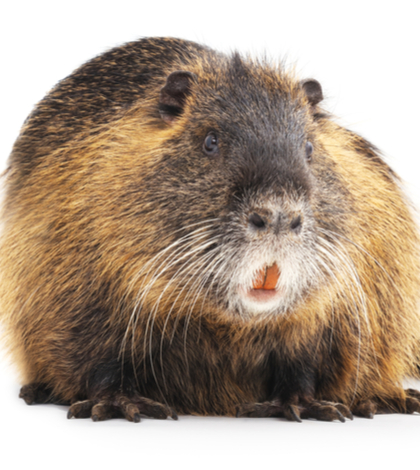 The California Department of Fish and Wildlife (CDFW) has received $8.5 million in funding from the Sacramento-San Joaquin Delta Conservancy (SSJDC) inn order to expand its efforts in eradicating nutria, the agricultural pest known for destroying critical wetlands needed by native wildlife. The grant funding is for use over a three-year period.

The $8.5 million award is the CDFW has received from the SSJDC. In 2018, the Delta Conservancy awarded CDFW $1.2 million over three years that, along with grants from the Wildlife Conservation Board and the U.S. Fish and Wildlife Service’s State Wildlife Grant Program, primarily enabled CDFW’s nutria eradication efforts to get off the ground.

Nutria continue to be found in portions of central California. Just last week a CDFW trail camera videotaped the first nutria detected in Stockton. This is some 16 river miles north of the nearest known nutria population near Manteca, where CDFW and its partners have been actively trapping. This siting represents the northernmost nutria detection to date and the first known detection in the heart of the Delta.

This Stockton-area nutria siting prompted CDFW to immediately respond with trapping in the area, redirecting additional resources to the Delta, and surveying for upstream source populations. Nutria were first discovered in California in 2017 in Merced County. Since then CDFW and its partner agencies have confirmed the take of 510 nutria in five counties – 430 from Merced County, 65 from San Joaquin County, 12 from Stanislaus County, two from Mariposa County and one from Fresno County. Nutria have also been confirmed in Tuolumne County.

In addition to the damage nutria can wreak in critical wetlands they are also known as a public safety risk; their destructive burrowing jeopardizes the state’s water delivery and flood control infrastructure. California is not alone in their battle to eradicate nutria. Although native to South America, nutria have established populations in more than a dozen states, including Louisiana, Oregon, Texas, Washington and the Delmarva Peninsula region of Maryland, Delaware and Virginia.

The $8.5 million awarded to CDFW was from a competitive process, the Delta Conservancy’s Proposition 1 Ecosystem Restoration and Water Quality Grant Program. The money complements state funding anticipated in Gov. Gavin Newsom’s 2019-20 budget. Together these funds will establish a dedicated Nutria Eradication Program within CDFW and vastly expand field operations across the entire area of infestation.

CDFW is also working with both the U.S. Department of Agriculture and the California Department of Food and Agriculture to eradicate nutria from the state. CDFW’s nutria eradication webpage at: https://www.wildlife.ca.gov/Conservation/Invasives/Species/Nutria/Infestation offers references for identifying nutria and distinguishing nutria from other similar aquatic animals. Any suspected nutria sightings should be reported immediately to CDFW’s toll-free public reporting hotline at: 866-440-9530 or e-mailed to: invasives@wildlife.ca.gov.