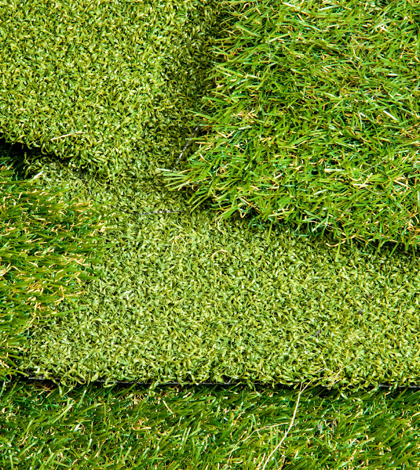 Under a new regulation approved by the California Water Commission last week, turf lawns could be a thing of the past. In response to the state’s ongoing drought, the commission passed an ordinance that limits the amount of turf in new landscaping projects to just 25 percent of a home’s front, back and side yards.

The commission cited Gov. Jerry Brown’s April 1 executive order, which directed the Department of Water Resources to update water efficiency ordinance. DWR was directed to address more efficient irrigation systems, the use of greywater, stormwater capture, limiting turf in landscapes, and requiring reporting on enforcement of the ordinance.

“The idea of your nice little green grass getting lots of water every day — that’s going to be a thing of the past,” Brown has said.

At new commercial or industrial buildings turf grass will be virtually banned. Homeowners who undertake new landscaping projects in areas greater than 2,500 square feet will be subject to the regulation as well.

Never mind the benefits of turf lawns, which include lowering ambient temperature, purifying air and water, and providing an enjoyable outdoor recreation area. The state must make turf a thing of the past in favor of more water efficient landscaping.

In truth, residential water use accounts for very little of the state’s overall water use. Twenty percent of urban water use is used by residents, businesses and municipalities. As much as 14 percent of that water usage is lost through leaky pipes, like the water main breaks that have plagued Los Angeles.

A 25 percent cut in urban water use will lower the state’s total developed water use by five percent.

Realistically, the new ordinance form the California Water Commission will lower water use in the state marginally. However, the action continues the push for California homeowners to place a high value on conservation.