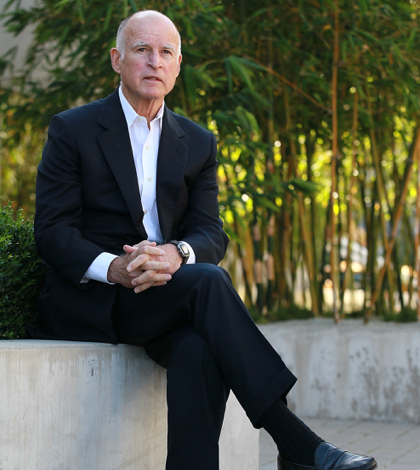 According to water conservation numbers released by the State Water Resources Control Board on Tuesday, throughout the month of June, Californians reduced their water use by 27.3 percent, despite the heat and humidity.

“Californians understand the severity of the drought and they are taking action, as shown by the numbers released today,” chair of the State Water Resources Control Board Felicia Marcus said in a statement. “We didn’t know if the positive showing in May was due in part to cooler temperatures. This report shows that residents knew they had to keep conserving even during the summer heat and they kept the sprinklers off more than they would in a normal year. That’s the right attitude as we head into August and September heat – in the drought of the century with no certain end date.”

Even though last month was the hottest June on record, Californians continued saving water. The state’s conservation measures surpassed Governor Jerry Brown’s required 25 percent conservation goal. According to the State Water Resources Control Board’s release, 181,151 acre-feet – or 59.4 billion gallons – of water was saved during the month of June

Water agencies and districts have made great strides in educating consumers on how to conserve during the severe California drought. Although 65 percent of the water agencies have met or are within one percent of meeting their individual goal, the State Water Resources Control Board will contact agencies that aren’t within that margin to see how their conservation programs can be boosted.

A handful of water districts in Southern California were praised for their water conservation efforts during the California drought: Antelope Valley Waterworks District cut their water use by 42 percent, almost double their 22 percent cuts made in May; San Gabriel Valley Water Company reduced their water usage by 35 percent, compared to their 23 percent reduction in May; Santa Clara Valley Water District saved 35 percent, despite their goal of cutting usage by 30 percent; Yorba Linda Water District surpassed its 35 percent reduction goal by achieving cutbacks of 38 percent.