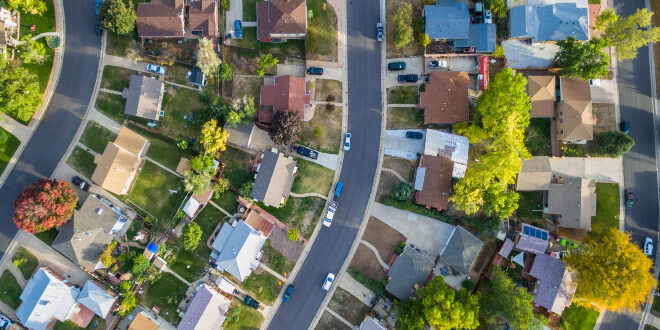 As Southern California faces the most challenging drought in its history, two new studies highlight the value and wide-ranging success of Metropolitan Water District’s Turf Replacement Program, which gives cash rebates to residents who swap their water-guzzling lawns for more water-efficient California Friendly® and native plants.

One study found that for every 100 homes that converted their yards using a rebate, an additional 132 nearby homes were inspired to convert their own grass without receiving a rebate to help fund the projects. This “multiplier effect” more than doubled the value of Metropolitan’s investment in making Southern California more sustainable.

The second study found that less than 4 percent of participants who received a turf rebate to transform their yards later replanted grass.

“Metropolitan has been working for decades to transform Southern California’s landscapes to more climate-appropriate plants. These studies show those efforts are working and valuable water is being saved,” Metropolitan General Manager Adel Hagekhalil said. “As climate change challenges all of our water supplies, we have to ask ourselves – are maintaining decorative lawns that no one ever steps on, what we call non-functional turf, really the best use of this precious resource?”

Metropolitan’s Turf Replacement Program provides residents and businesses with $2 per square foot of lawn converted in front or back yards (many local water agencies offer additional incentives as well). The rebates have helped facilitate the removal of more than 200 million square feet of grass, saving enough water to serve 62,000 Southland homes annually.

Both of the latest studies were conducted by Dr. Andrew Marx, CEO of PlanetScape AI, in an effort to help Metropolitan better understand the overall water savings of its Turf Replacement Program.

The Multiplier Effect Study used aerial imagery to look at nearly 800 homes within 20 Southern California neighborhoods between 2012 and 2018 to determine how many of them converted their grass to drought-tolerant landscaping without a rebate and their proximity to homes that did receive a rebate.

“Our rebates are not only saving water in the homes that have replaced their lawns, but these participants are showcasing to their neighbors just how beautiful this type of conversion can be. And we’re seeing real results,” said Metropolitan board Chairwoman Gloria D. Gray.

The Reversion Study analyzed more than 2,000 yards that received a rebate from 2014-2018 to determine how many people replanted their grass after previously converting their yards to drought-tolerant landscaping. It found a small percentage did revert, with most of them only resulting in residents re-installing grass in a portion of their yard.

So far in 2022, Metropolitan has seen a month-by-month uptick in applications for turf rebates, from 223 applications in January, to 364 in April and 870 in May.

“The studies quantify what we see walking around neighborhoods. One person converts to a beautiful California Friendly landscape, their neighbor sees it, is inspired, and does the same,” said Metropolitan Water Efficiency Manager Bill McDonnell. “Summer is a perfect time to apply for a rebate, let your lawn die during the hot summer months and wait for the fall when it’s cooler to plant natives.”