Garberville Sanitary District has agreed to pay $40,000 to the State Water Resources Control Board after violating a 2012 Cease and Desist Order by repeatedly selling unauthorized bulk water.

During an investigation prompted by complaints from local residents, staff found the district violated both provisions of the order between 2017-2019, first by selling bulk water for construction projects 99 times in Humboldt, Lake and Mendocino counties – all locations outside its authorized area – and failing to record the site locations on 106 occasions.

The order required the district to stop selling and delivering water to users outside its permitted area unless needed for emergency domestic supply. In the case of an emergency, the order requires the district to maintain accurate records of the sales, including the date, location, volume of water provided and name of the purchaser.

“We take cease and desist violations very seriously, particularly in sensitive watersheds,” said Robert Cervantes, program manager for Water Rights Enforcement. “Selling bulk water to someone who then transports the supply outside the permitted area, and in this case, to construction sites that could have purchased water elsewhere, reduces the supply for local residents and harms habitat.”

The settlement also requires the sanitary district to decline future requests for non-emergency bulk water that would be delivered beyond its place of use unless the customer has a temporary urgency change petition approved by the State Water Board. 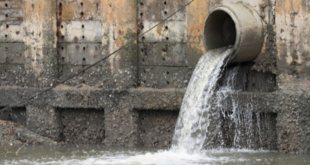 In an effort to control pollution in urban runoff, the Los Angeles Regional Water Quality …