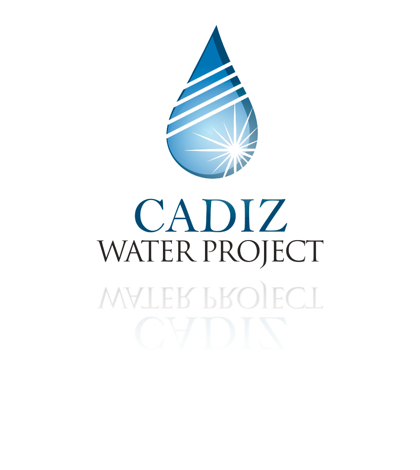 The California 4th District Court of Appeal ruled earlier this week in favor of upholding six lower court decisions validating the Cadiz Water Project’s proposal to deliver an average of 50,000 acre feet of conserved, renewable desert groundwater to communities throughout Southern California.  The three-judge panel in Santa Ana stated in six separate rulings the project had adhered to California laws regarding environmental reviews and they had not violated San Bernardino County ordinance protecting desert groundwater.

“We are extremely grateful for the Appellate Court opinion and its validation of the environmental review and approval of the Water Project,” said Cadiz CEO Scott Slater.

The Cadiz Valley Water Conservation, Recovery and Storage Project was separately approved by San Bernardino County and Santa Margarita Water District in 2012 and will provide enough water to supply 100,000 homes a year.  The project has been developed by Cadiz Inc. as a public-private partnership with Santa Margarita Water District and other water agencies in Southern California.  SMWD serves homes and businesses in southern Orange County. Water from the project is expected to be delivered to water users in six southern California counties, 20% of the water has been reserved for water agencies in San Bernardino County.

At issue is water flowing beneath Cadiz’s property in California’s Mojave Desert that is currently being lost to evaporation and salt contamination at nearby dry lakes. Project proponents believe that with active management of the aquifer system and by employing a state-of-the-art groundwater protection program, the project will reduce the loss of groundwater to evaporation in the dry lakes.  This water could be of beneficial use in parched areas of the state and create a reliable water supply for Southern California.

The ruling is viewed as a defeat of the Center for Biological Diversity, an environmental group based in Oakland, and Delaware Tetra Technologies, Inc., a Texas-based oil and gas company, and their last-ditch efforts to stop the Cadiz Water Project. The environmental groups view the Cadiz Project as an invitation for additional housing development in a drought-plagued state which is also suffering from the country’s worst housing shortage. They challenged the adequacy of the project’s Environmental Impact Report and the review process under the California Environmental Quality Act, citing primarily procedural concerns about the manner in which the project is described and the order in which it was approved.

The Court of Appeal disagreed with Project opponents finding that the environmental review was appropriate, stating in one opinion: “We conclude that the Project is consistent with the EIR’s purpose and objectives because it will conserve water otherwise lost to brine and evaporation, and will improve water supplies throughout many areas of the State of California.”

To move ahead, the project will need to construct 20-34 new wells and a 43-mile pipeline from the Mojave Desert’s Fenner Valley – about 165 miles from San Bernardino, CA – to the Colorado River Aqueduct within a railroad corridor. Located in San Bernardino County, the Fenner Valley is situated in the northeast portion of the county.

To do so, the project must now overcome what many are calling a politically manipulated interpretation of railroad right-of-ways by the U.S. Bureau of Land Management California office which last fall concluded that Cadiz’s plan to construct a water pipeline in an 1875 railway right-of-way did not further railroad purposes.  Cadiz Inc. has stated that the Project pipeline would generate power for the railroads and fire suppression systems, among other benefits.

BLM’s October interpretation of the Cadiz proposal would set a new precedent for any railroad right-of-way uses and may invalidate existing uses that, similar to Cadiz, further commercial purposes in addition to railroad purposes, such as previously non-controversial water, telecommunication, natural gas and electricity infrastructure currently in railroad right-of-ways.

As CWND has reported previously on 10/13/15 and 1/15/16, co-location of utilities in railroad rights-of-way is commonplace across the Western U.S. and the October BLM decision generated a bipartisan response in California.  The new interpretation has also now raised the concern of a bipartisan group of congressional representatives in 10 Western States, public and private utility companies, and the railroads.  In March a letter signed by 23 members of the House of Representatives was sent to the Committee on Appropriations requesting that an amendment be included to validate third party use of railroad right-of-ways.

Cadiz’s Slater said “we will continue to do things the right way and demonstrate through all legal means that our safe, sensible use of the ARZC railroad route for the Project’s pipeline is within the scope of the existing right-of-way.” 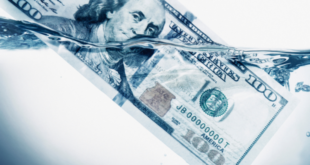 Reclamation has $1.66 billion and this is how they plan to spend it