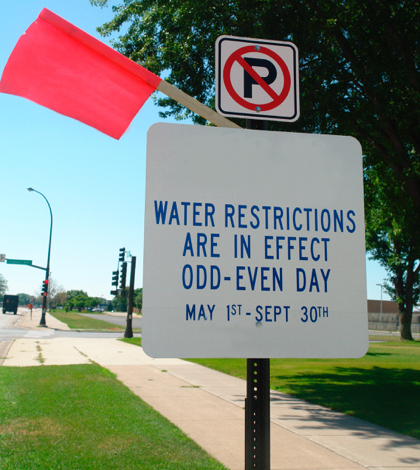 The California State Water Resources Control Board unveiled new regulations last week that will guide California through its exceptional drought. The new California drought laws will go into effect immediately. The laws dictate how much potable (drinkable) water cities need to cut from their usage.

“This is the drought of the century, with greater impact than anything our parents and grandparents experienced, and we have to act accordingly,” said Felicia Marcus, chair of the State Water Resources Control Board. “Today we set a high but achievable bar, with the goal of stretching urban California’s water supply. We have to face the reality that this drought may continue and prepare as if that’s the case. If it rains and snows next winter, we celebrate. If the drought continues, we’ll be glad we took difficult but prudent action today. It’s the responsible thing to do.”

Cities like Santa Cruz, San Francisco and mountain communities are being asked to conserve just 8 percent, because their per capita water usage was the lowest from July to September in 2013.

Looking at the same water usage over the same time period, it was decided that Beverly Hills, the Coachella Valley and other high-use communities would need to cut water use by 36 percent. Several residential communities were also pegged with 36 percent cuts.

Water agencies that serve less than 3,000 customers must reduce water use by 25 percent and submit a report to the Board by December 15, 2015 demonstrating compliance.

Commercial, Industrial and Institutional properties that are not served by a water supplier (or are self-supplied, such as by a groundwater well) also must either reduce water use by 25 percent or restrict outdoor irrigation to no more than two days per week. No reporting is required but these properties must maintain documentation of their water use and practices.

Also included in the new California drought laws are several prohibitions. Among them, banning irrigation of ornamental turf on public street medians with potable water. Public entities also use a large amount of water on irrigation at facilities, parks and on roadway medians. This provision is expected to yield a measurable cut in potable water use, but it is unlikely that it will account for a major reduction.

The regulations take aim at developers as well, prohibiting irrigation with potable water that is not in accordance with emergency regulations and other requirements.

Some of California’s drought laws have already been in effect. They include: using potable water to wash sidewalks and driveways; allowing runoff when irrigating with potable water; using hoses with no automatic shutoff nozzles to wash cars; using potable water in decorative water features that do not recirculate the water; irrigating outdoors during and within 48 hours following measureable rainfall; and restaurants serving water to their customers unless the customer requests it.

Under California’s drought laws, penalties for failing to adhere to these regulations can result in $500 fines, per day, for homeowners. Water agencies could see $10,000 per day fines from the state. Because of that, water agencies are increasing the pressure on their customers to cut back water usage.

California drought laws will be in effect until February of 2016, and could be extended past then if the drought persists. 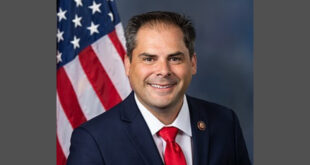 Garcia introduces legislation to Reauthorize Provisions of the WIIN Act