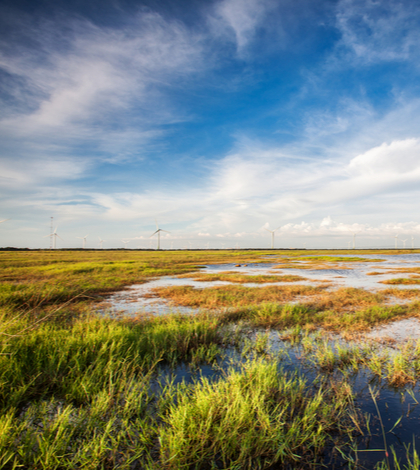 A final draft of the State Wetland Definition and Procedures for Discharges of Dredged or Fill Material to Waters of the State was released late last week by the State Water Resources Control Board. The procedures are intended to address environmentally sensitive undeveloped areas such as rivers, streams and wetlands as well as bays and estuaries.

Important enhancements within the draft procedures are designed to protect and enhance ecologically sensitive areas where water ow exists. They attempt to bring consistency to various regulatory efforts by the State Water Board and nine Regional Water Quality Control Boards. The new procedures also clarify what is considered a wetland and, conversely, what is not. Additionally, the draft procedures outline a common framework for monitoring and reporting on the water quality of remaining wetlands in California.

The state’s new draft procedures are based in large part on the scientific documentation and conclusions supporting the existing US Army Corp of Engineers’ definition of a wetland. While the new procedures provide much needed protection for California’s remaining wetlands the new procedures also protect other terrains within the state. In arid portions of the state the State Water Board’s proposed definition would protect non-vegetated wetlands (mudflats, playas, etc.) that otherwise would not be covered under federal jurisdiction. The State Water Board’s proposed definition clarifies that vegetated and unvegetated wetlands be regulated in the same manner.

The newly drafted procedures have two components that complement each other. The procedures propose a wetland definition, delineation procedures, and a jurisdictional framework applicable to all Water Board programs and, secondly, the procedures clarify requirements for submittal and review of applications to discharge dredged or fill material to any defined body of water of the state.

As drafted, the procedures will:

Portions of the procedures have been revised in response to public comments received on the draft procedures that were released in July 2017. The most recent draft procedures seek to provide transparency, consistency and efficiency in the regulation of dredged or fill material across the state. These qualities are necessary because of the loss of nearly 90 percent of state wetlands, and as much as 95 percent of the state’s historic coastal wetlands, because of past land development statewide.

Two stakeholder workshops are planned in 2019. Although a quorum of State Water Board members may be present during the public workshops no Board action will be taken during the workshops. Workshops are scheduled as follows:

The State Water Board tentatively plans to consider adoption of the procedures on Tuesday, February 5, 2019, 9:30 a.m. 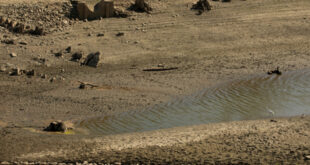 As the drought drags on, the hits keep coming.  This time, the news is that …