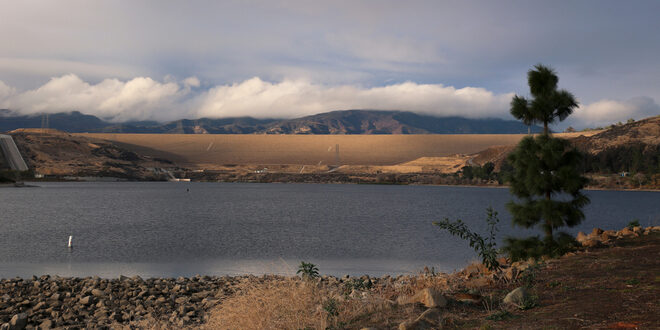 California’s Department of Water Resources announced Monday that seismic work on Castaic Dam’s tower access bridge’s three piers has been completed. However, work continues on the bridge’s superstructure which supports the deck and connects to the piers.

The retrofit work aims to improve the bridge’s performance during a major seismic event and is part of DWR’s ongoing efforts to reduce seismic risk at all State Water Project facilities.

“With the completion of the reinforced wrapping to all of the bridge’s piers, we have improved the strength and flexibility of each pier to allow for controlled movements of the bridge during a major earthquake,” said Jason Brabec, Castaic Dam Modernization Program Manager. “This work bolsters DWR’s ability to safely and reliably release water.”

As part of the seismic work, Castaic Lake levels were brought down by over 100 feet earlier this year to allow dry access to the bridge piers. As that work has wrapped up, the lake levels are rising based on available hydrologic conditions.

The project is planned for completion by Spring 2022. 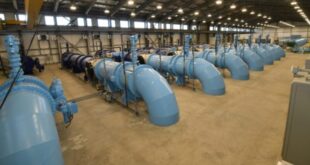