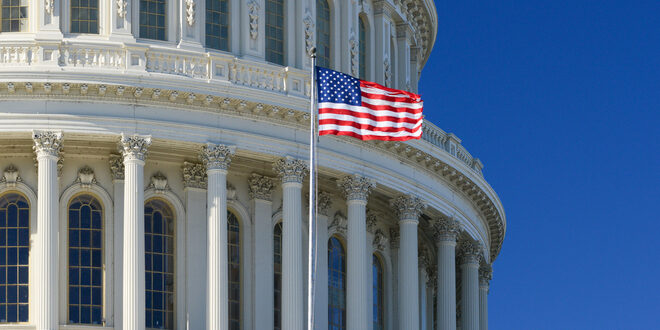 Testing of all public water systems for toxic fluorinated chemical compounds has been introduced by Assemblywoman Cristina Garcia (D-58th District-Bell Gardens) would require all public water systems – regardless of size — to monitor perfluorooctanic acid (PFOA) and perfluorooctane sulfate (PFOS) chemicals. AB 756 would also require that the public be informed of the results of the tests.

According to the Environmental Protection Agency (EPA), PFOA and PFOS – two of the Perfluoroalkyl substances (PFAS) – “… are very persistent in the environment and in the human body – meaning they don’t break down and they can accumulate over time. People may be exposed to PFAS used in commercially-treated products to make them stain-and water-repellent (as in the brand Scotchgard) or nonstick (i.e. Teflon). These goods include carpets, leather and apparel, textiles, paper and packaging materials, and non-stick cookware.

“People who work at PFAS production facilities, or facilities that manufacture goods made with PFAS, may be exposed in certain occupational settings or through contaminated air. Drinking water can be a source of exposure in communities where these chemicals have contaminated water supplies. Such contamination is typically localized and associated with a specific facility.”

Another common source of PFAS contamination is firefighting foam, sometimes used to put our large fuel fires at airports, military bases and in the aerospace industry.

“The industrial legacy of pollution in my district alone is frightening,” said Assemblywoman Garcia. “We have federal data that outlines how these toxic chemicals have poisoned our public water supplies, but no such monitoring is mandated or in place in California. Given California’s abundance of industrial production, particularly in my district of South East Los Angeles, it’s past time we’re monitoring these substances in our water supplies. The little, outdated data we do have is alarming.  But we know it’s only the tip of the iceberg and that’s frightening.”

Statewide mandated testing as would be required if AB 756 passes, along with effective consumer communication, would benefit public health throughout the state.  Though PFOA and PFOS have been banned, historical contamination and reformulations of the chemical compounds still exist throughout the state. Currently, testing by water systems in California is voluntary.

According to the EPA, there is evidence that exposure to PFAS can lead to adverse human health effects. Studies indicate that PFOA and PFOS can cause reproductive and developmental, liver and kidney, and immunological effects in laboratory animals. Both chemicals have caused tumors in animal studies. The most consistent findings from human epidemiology studies are increased cholesterol levels among exposed populations, with more limited findings related to: infant birth weights; effects on the immune system; cancer (for PFOA); and, thyroid hormone disruption (for PFOS).

In June 2018, the California Office of Environmental Health Hazard Assessment (OEHHA) issued a memorandum outlining the environmental persistency of PFOA and PFOS.  The document explains how the chemicals are readily absorbed but not readily eliminated from the body and the effects which include developmental toxicity and immunotoxicity associated, cancer and liver toxicity.

Subsequently, OEHHA made interim recommendations to lower the notification levels of both chemicals.  Both chemicals have also been listed on California’s Prop. 65 list of chemicals that cause cancer or reproductive harm. Although PFOA and PFOS are no longer manufactured in the United States, they are still produced internationally and can be imported into the United States in consumer goods such as carpet, leather and apparel, textiles, paper and packaging, coatings, rubber and plastics.