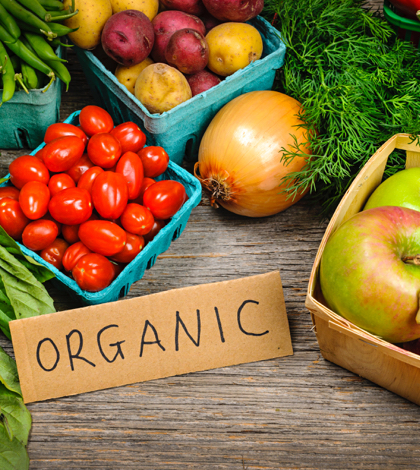 Now that California is in its fourth year of extreme drought and Governor Jerry Brown has mandated a 25 percent reduction in water use throughout the state, some experts are proposing some possible alternatives to imposing water use restrictions on homeowners. One such alternative is the taxation of organic products – specifically, edible produce that is yielded from organic crops.

Environmental experts and Stanford University fellows Terry L. Anderson and Henry I. Miller presented the proposal in “How Taxing Organic Products Could Solve California’s Water Shortage,” which was published in National Review Online in May 2015. In it, the Anderson and Miller make the case for a revenue-neutral state tax on all organic products. Concurrently, they argue that doing so would diminish the demand for organic produce and reduce the waste that (they believe) organic produce creates.

Anderson and Miller presented data to substantiate their claims that organic produce requires more land, water and human labor than conventional agriculture methods, all while producing lower yields. Citing a 2008 Organic Production Survey of all 14,450 organic U.S. farms by the United States Department of Agriculture, the study reported the following organic produce yields were lower than conventional yields by the following amounts:

The pair’s report also cited a study by Alex Avery at the Hudson Institute’s Center for Global Food Issues, which explained how conventional agriculture beat organic in “total system yields” by 30 percent – a study that, perhaps ironically, used research provided by the established organic pioneers of the Rodale Institute.

Organic agriculture, the National Review article on the study states, is “particularly insidious, because it bans the cultivation of crop varieties crafted with molecular genetic modification techniques.” These genetic modification techniques, it goes on to say, “are particularly relevant during droughts.” In addition, the study argued that higher yields coming from genetically engineered crops may be directly correlated to the use of insecticides. It also specifically ties genetically engineered crops to drought resistance, which is why (the study argues) taxing produce that comes from crops crafted in the opposite manner may be the solution to California’s drought.

Some experts are asking, why now? Why has California – a state that thrives on the taxation of its residents, and arguably has some of the most devoted organic produce consumers in the state – waited so long to consider taxing its organic products. Miller surmises that the state, “Probably never thought of it. And if they had, they’d encounter resistance from the powerful, well-funded organic lobby.” (Yes, the organic lobby exists; see 2012’s Proposition 37, which would have required genetically engineered foods to be clearly labeled as such).

When asked if Governor Brown will likely take their idea into serious consideration, Anderson and Miller both stated doubts. According to the National Review article, the two “aren’t holding their breath.” But if the governor is sincere about eliminating the drought, innovative proposals like taxing organic products may be a viable solution.