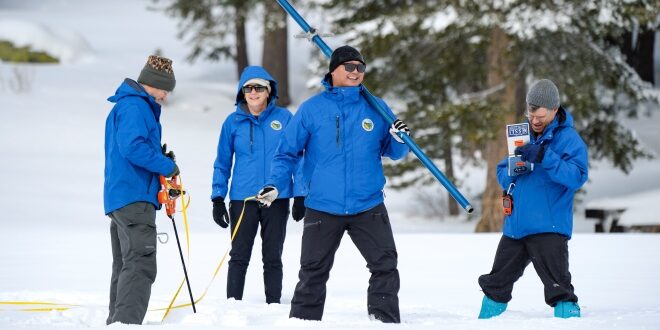 The first snow survey of the season was conducted by the Department of Water Resources (DWR) at Phillips Station yesterday and the numbers look good.

“This January survey is really our first big reveal of snow conditions for the year,” said Sean de Guzman, DWR Snow Survey and Water Supply Forecast Section Manager. “Our snow pack is actually off to one of its best starts in the last forty years.”

DWR’s electronic readings from 130 stations indicate statewide the snowpack’s snow water equivalent is 17.1 inches, or 174 percent of average for this date.

“Big snow totals are always welcome, but we still have a long way to go before the critical April 1 total,” continued de Guzman. “It’s always great to be above average this early in the season, but we must be resilient and remember what happened last year. If January through March of 2023 turn out to be similar to last year, we would still end the water year in severe drought with only half of an average year’s snowpack.”

And the good news continues as California is expected to see more rain and snow over the next seven days.

“The ones [storms] coming in will be colder,” said DWR Director Karla Nemeth. “So we would expect to see a degree of improvement.”

On average, the Sierra snowpack supplies about 30 percent of California’s water needs and is an important factor in determining how DWR manages the state’s water resources.

DWR conducts five media-oriented snow surveys at Phillips Station each winter near the first of each month, January through April and, if necessary, May. The next survey is tentatively scheduled for February 1. 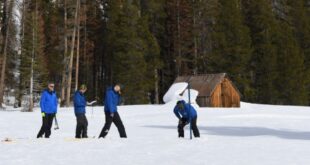